The Government of Canada took an important step today to strengthen the middle class by proposing a tax cut that will benefit about 9 million Canadians each year.

To help pay for this middle class tax cut, the Government is asking the wealthiest one per cent of Canadians to contribute a little more. The motion therefore includes provisions to create a new top personal income tax rate of 33 per cent for individual taxable incomes in excess of $200,000. The motion also contains provisions to return the Tax-Free Savings Account annual contribution limit to $5,500 from $10,000.

All of today’s proposed tax changes would take effect on January 1, 2016 and for subsequent taxation years.

Going forward, the Government will introduce proposals in the budget to create a new Canada Child Benefit—one simpler, tax-free, and more generous benefit targeted to families who need it most. Payments under the new Canada Child Benefit would begin in July 2016. The Government also intends to introduce legislative amendments, at an early opportunity, to repeal income splitting for families with children (not pension income splitting) for the 2016 and subsequent taxation years.

CRA: How the New Canada Child Benefit program will affect you? 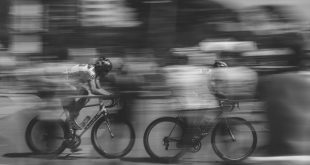 CRA: Protect Yourself – Tax Scams And Fraud Can Cost You

CRA: Five Things To Avoid When Filing Your Return