Home > RFT Tax Blog > The Good, The Bad, and The Ugly of the Middle Class Tax Cut

During the 2015 elections, the now-governing federal Liberal Party announced in their campaign that they would implement what they called the Middle Class Tax Cut, which they promoted as being fairer to Canadians as opposed to the Family Tax Cut of the now-gone Conservative government.

We will give middle class Canadians a tax break, by making taxes more fair. When middle class Canadians have more money in their pockets to save, invest, and grow the economy, we all benefit.
We will cut the middle income tax bracket to 20.5 percent from 22 percent – a seven percent reduction. Canadians with taxable annual income between $44,700 and $89,401 will see their income tax rate fall.
This tax relief is worth up to $670 per person, per year – or $1,340 for a two-income household.
To pay for this tax cut, we will ask the wealthiest one percent of Canadians to give a little more. We will introduce a new tax bracket of 33 percent for individuals earning more than $200,000 each year.

— excerpt from the Liberal’s 2015 campaign platform (as at https://www.liberal.ca/realchange/middle-class-tax-cut/ at the time of writing of this article).

It seems rather clear that by “middle class”, Trudeau and company refer to Canadians whose taxable income fall into the second and THIRD tax bracket, i.e., those making between $45,000 and $200,000. Those making more than $200,000 in taxable income will see the tax savings of $670 erode rather quickly at 33% marginal rate. At only $2,030 more, the entire tax savings will be gone. We can safely assume that those are not intended to benefit from this tax cut.

While the Family Tax Cut, a non-refundable tax credit which could mean up to $2,000 in tax savings for a couple with children under 18 years and which the Liberals promised to cancel the first chance they got, can benefit any couple with young kids whose income fall under different income tax bracket.

Critics of the family tax cut say that only 15% of Canadians benefit, and couples with no children or single-parent families do not benefit from the Family Tax Cut! Let’s be honest, absolutely NO tax measures would benefit everyone. If Canada ever decides to no longer levy personal income taxes (in my wildest dreams), there will still be people not happy with it. Why, you ask? Well, only a certain percentage of people would benefit from it, and some would not benefit at all as they have never paid any income taxes! And some would say they benefit much less than those other people who have been paying more taxes!

The Family Tax Cut was also accused of benefiting only the wealthy few! That’s a lie, OK? Absolutely false! A couple with a small kid, with one parent making $73,300 and the other parent staying home taking care of the kid, could receive about $2,000 tax savings from the Family Tax Cut, but would you call them wealthy?

At end of the day, whoever can better play the political game or manage to be heard the way they want to be heard would have their way. What policy would benefit Canadians the most? Sometimes, people just do not want to bother.

I am not saying that the Family Tax Cut is necessarily better than the Middle Class Tax Cut, but if the liberals had wanted to cut taxes for as many Canadians as possible, why not lower the rate of the first income tax bracket? That way, any Canadian resident who has taxes payable would benefit.

The Good, the Bad and the Ugly of the Middle Class Tax Cut

It’s time to have a closer look at the workings of the Middle Class Tax cut of the federal liberals:

People just love income tax cuts! With the Middle Class Tax Cut, any Canadian whose has taxable income that falls into the second tax bracket will benefit, whether or not they have young children, and regardless of their marital status. To be more specific, anyone with taxable income more than $45,000 will benefit, even for those making millions of dollars!

A lot of families that could not have one parent staying home with young kids would lose the more generous tax savings otherwise available to them.

Let’s look at this stat from the Department of Finance:

Please note the bold phrases in the quote, “who benefit”, which means if your taxable income does not reach the minimum for the second tax bracket, you are not counted in the average.

(The numbers in this article are approximately accurate and the incomes used, other than quotes, are rounded to the nearest thousand or hundred, just to make the calculations easier for me and and the logic clearer for my readers to follow.)

It’s important to note that the Middle Class Tax Cut will only be in effect starting in the 2016 tax year and the Family Tax Cut shall still be there when you file your 2015 taxes. What can I say? Take advantage of it while it’s still there. 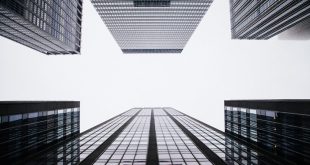 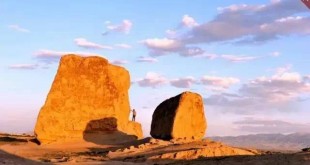